Every Question You Have About Snow

We’ve seen some funny questions and comments circulating around lately so we thought we’d offer some of our local snow knowledge. For anyone who lives in a chilly place, this is all likely to be second nature, but if you don’t encounter snow very often, it might be helpful to know!

What’s the Deal with “Snowman snow”? 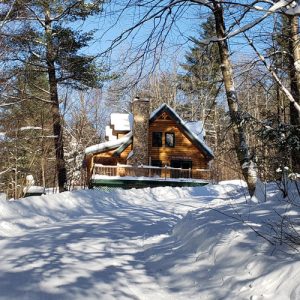 While it’s the dream to pop out of bed on a snow day and race outside for a day of building snow forts, throwing snowballs, and building snow friends, that’s not always an option. “Snowman Snow” is very different from “powder” and it all has to do with the temperature outside. In order for the snow to stick to itself, it needs to be a bit warmer so that the snow has more moisture. If it’s below freezing outside, making a snowman is both not that fun and impossible as the snow is simply too cold.

“Powder” snow is usually very cold and behaves just like the name would suggest. You can’t really compress it in a way to let it stick to itself, but it can be fun for photo ops. Powder is best for blowing a big handful of fluff at the camera or throwing it up in the air to let the flakes drift back around you.

Absolutely, but not always. Unlike the warmer needs for Snowman Snow, having a nice blanket of icy powder is perfect for that magical sparkly effect. If you look out your window at an undisrupted patch of snow, you’ll see the sunlight glinting off the frozen fractals and it truly does look like it’s been coated in glitter.

Can You Eat Snow? 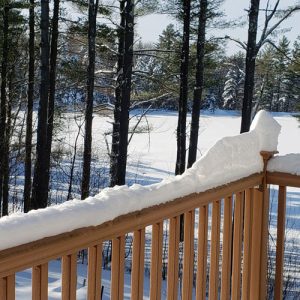 While we are all quite familiar with the dangers of yellow or brown snow, the white stuff is usually perfectly fine to eat. In Vermont and other chilly parts of the world, there are even some fun desserts that require the use of snow! Sugar on Snow is a popular one where you collect a tightly packed bowl of snow and then pour boiling maple syrup right on top. The syrup will partially freeze into the perfect candy texture.

Fun desserts aside the cleanliness of snow still comes up. The reality is, most snow is never going to have dangerous levels, but the very first snow is actually less clean than snow that falls an hour or two later. As the flakes fall through the air, they are coming in contact with a variety of things, most notably, black carbon released by coal-fired plants and wood-burning stoves. If you let a few hours of snow fall, much of the toxins will be catch by earlier flakes and the newly falling snow is likely to be cleaner.

What’s the Use of Snowshoes?

Those giant, cumbersome looking snowshoes from the olden days serve the same practical purpose as modern snowshoes. They allow you to travel over the snow without breaking through the deep layers. By distributing your weight, you can walk on top of snow making it much easier to explore the natural trails that surround our property. We have options to rent if you’re interested!

That’s That on Snow

Snow is a vital part of winter and can add a ton of fun options for outdoor adventures. As long as you stay bundled up and travel safely, snow is one of the most magical parts of the year! We hope you’ll check out the Specials we have in progress, the amazing Cabins you can stay at this season, or other fun Things to Do at Sterling Ridge Resort!

Get the Latest News: